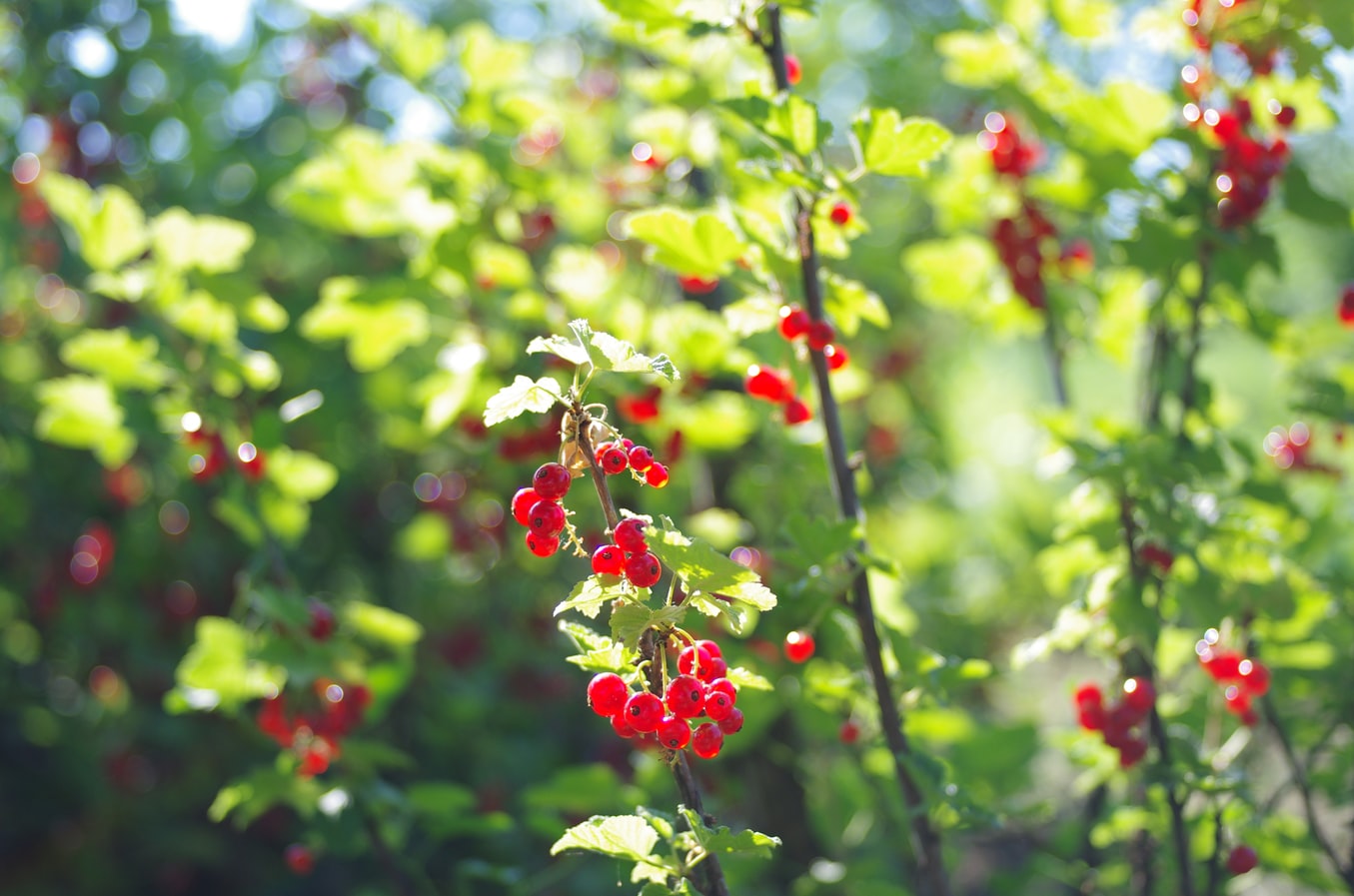 There is only one variety of white currants in the selection – White Juteborg. It is a German variety. The bush is low, grows poorly, but it produces a lot of shoots from the root collar, its habit is spherical at first, later tightened, branches slightly dangling. Intensive red shoot before lignification, densely covered with glandular hairs in the apical part, ligneous, fat, with a yellowish-brown skin, strongly cracked and stripy, scaly, later ash bark. Medium-sized leaves, 5-flap. Long bunches, cylindrical, black. The fruit is large or medium-sized, spherical, slightly elongated, often pear-shaped. Yellowish-white skin, with lighter veins. Seeds clearly translucent through the peel. Sweet and wine flesh, very tasty.

Black currants, similar to red and white, they bear fruit in the second year after planting permanently, but they give lower yields. They are not as resistant to frost and spring frosts, like red currants, therefore you have to take into account that the flowers will freeze, and even whole plants, especially in low-lying areas with high groundwater levels. Black currants can give full fruiting to 5 kg of fruit from the bush. There are three varieties in the selection of varieties for allotment and home gardens: Ojebyn, Red button, i Mendip Cross.

Of the varieties included in the so-called. Broedtorp is recommended, which comes from Finland. A shrub that grows quite strongly with a broad-spreading habit and shoots partially lying on the ground. Skeletal shoots quite thick, bent, very highly branched. Medium-sized leaves, dark green, 5-flap. Leaf edge sharp and deeply serrated. Very resistant to frost and leaf fall. Clusters of medium length, loose. Medium-sized berries, aligned in a circle. Thin skin, the flesh is tasty, with a very faint scent of blackcurrant. The fruits ripen evenly, in late June and early July, do not flake off.

Diseases and pests of currants

Currants, just like gooseberries, they have fallout (antraknozę) leaves and white leaf spot. These diseases infect the leaves in late spring, as a result, they fall prematurely, which in turn causes a significant reduction in yields. They are fought against, spraying immediately before flowering and after flowering, and immediately after harvesting the fruit – Bayletonem 5 WP in concentration 0,075%.

Another pest is the currant burbot from the spotted family. It feeds inside the black and red currant buds, sucking the juices from leaf and flower buds. Such buds are swollen, several times larger than normal and relaxed, a w maju – in June they turn brown and dry. Leaves develop from less damaged buds, but most often distorted and underdeveloped. New buds are formed in the place of dried up buds, tiny sleeping buds, from which shoots develop, giving the bush the shape of a broom. It winters in buds.