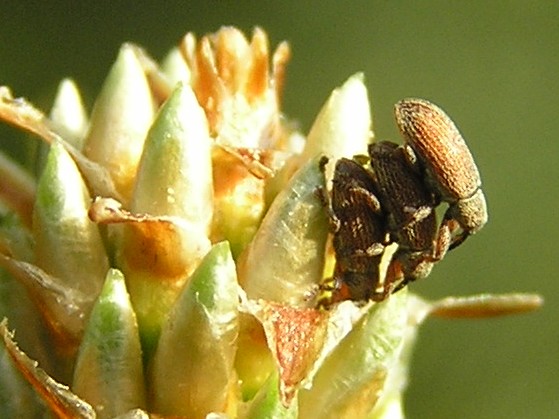 Commonly known, unfavorable urban conditions, negatively influencing the development of trees, may be of major importance for the occurrence and action of pests and diseases of these plants.

Trees are exposed to a number of harmful effects, pathogenic factors. We divide these factors into abiotic (inanimate nature) and biotic (animate nature). In urban conditions, abiotic factors play a very important role. They include soil factors, atmospheric and resulting from human activity. Some of them, like for example. mechanical damage, air pollution, deterioration of soil quality, have been discussed in more detail in the previous chapters.

The division of harmful factors into biotic and abiotic is an arbitrary one. In practice, the damaging factors appear in a certain order and most often abiotic causes weaken the tree, which is then more easily attacked by biotic agents. Therefore, disease processes are complex, some of them we call "chain diseases"; For example, pine chain disease is distinguished, spruce, fir trees, oak, alders, etc.. The protection of woody vegetation in cities against harmful biotic factors is a serious issue. This is an additional difficulty, that we would like to keep trees as large as possible in the city, so often already in the last stages of their individual development - biologically weakened. Rational conduct of all tree protection treatments requires the ability to recognize pests and disease agents, knowledge of their biology and methods of prevention and control. The comprehensive nature of tree diseases requires an appropriate research methodology. To determine the cause of the disease, first of all, the symptoms of the disease should be identified (symptoms). Next, eliminating individual possible causes, the real cause is determined. If it is too difficult to identify the causes of diseases or the pests, it is best to turn to a specialist.

The specific urban microclimate can have a variety of effects on the relationship between the host tree and pests. On the one hand, trees weakened by unfavorable urban conditions are less resistant to pest attacks, the development of which may stimulate additional drying of the urban environment (for example, in recent years, it has been possible to observe increased incidence of mycelium on limes and scots on many tree species). On the other hand, pollution of the urban environment, mostly air, may have a limiting effect on the insects themselves, mainly such, that inhabit and feed on the outer parts of the tree, for example on leaves. The relationship between air pollution and the severity of the occurrence of mites on urban trees is not yet sufficiently investigated. However, it is possible to conclude from the scarce data, that spider mites respond by increasing numbers to higher chlorine content in leaves and covering them with dust.

Considering issues related to tree pests and diseases, downtown conditions should be taken into account, street positions, highly industrialized areas, suburbs and parks and communal forests. As a rule, a fairly limited number of tree species are cultivated under the conditions of the first three environments, which endure environmental pollution and desiccation and soil distortion. These trees are characterized by slower growth, they reach small size and live relatively shortly. Besides, tree protection measures must be carried out more intensively there than in the conditions of other environments. On the species composition of insects in cities, apart from the changed microclimatic conditions, the selection of woody plants has a considerable influence. Entomofauna is much richer in terms of species in parks and suburbs than in downtown. As a rule, Śródmieście is characterized by a tree stand that is not very diversified in terms of species, which significantly affects the poor species composition of insects. On the other hand, downtown trees can be colonized by several species of insects that can be found there in large numbers. These insects are: June, aphids, sluice and others.

Communal forests are characterized by a typical forest entomofauna. Its species composition, importance, prevention and control are the same as in a forest holding.