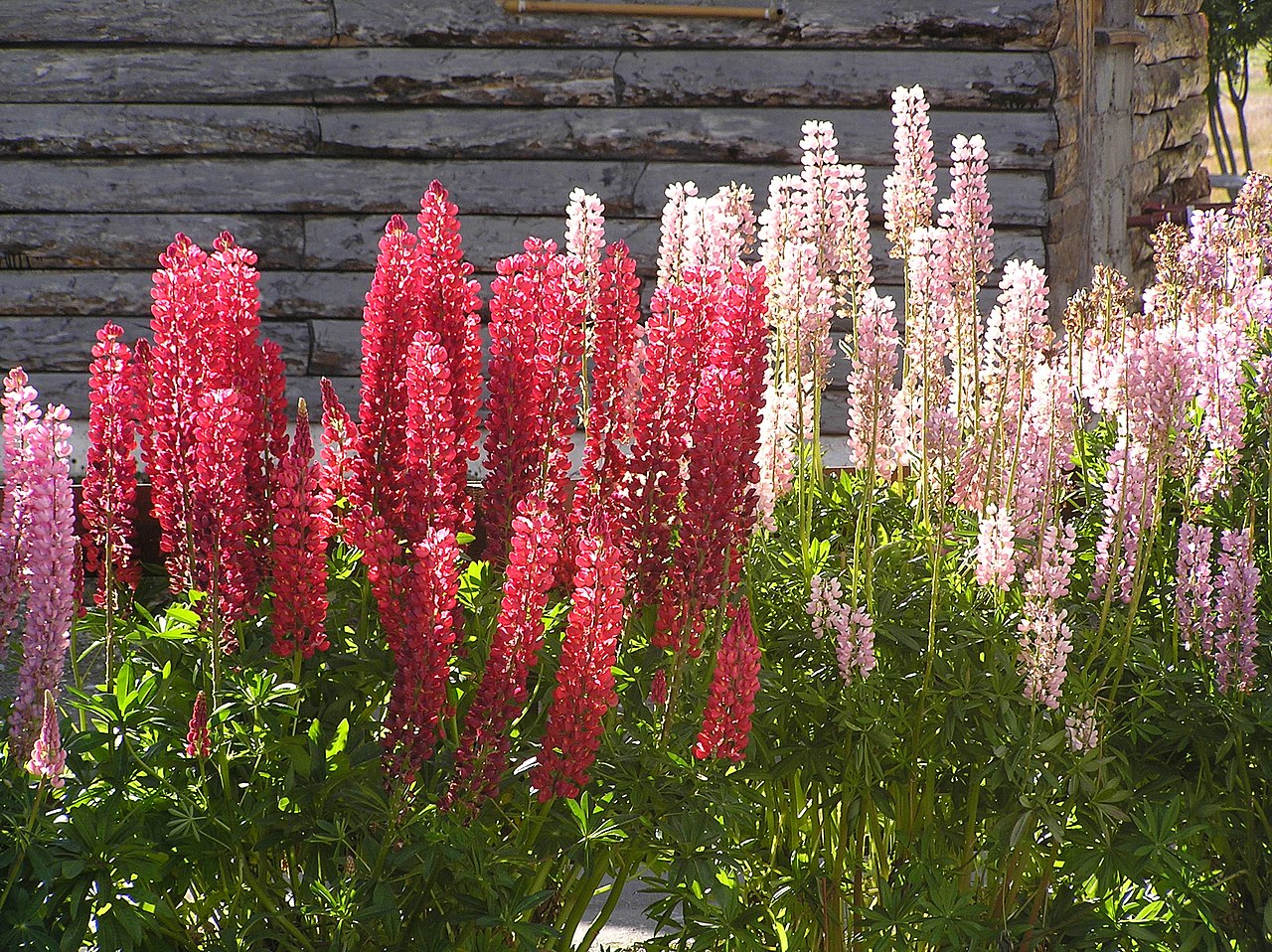 Persistent lupine plants (Lupinus polophyllus) they are similar to the one-year-old, however, they are distinguished by the length of the inflorescences (about 100 cm), greater variety of colors – almost all colors. They bloom from June to August. They are used for perennial beds, for groups and cut flowers. We sow the seeds in late autumn to permanent places (without overdoing it). You can also sow directly into the ground in April, spaced 30X50 cm. It is hard to overdo it. Requires a sandy soil, containing lime, sunny position or partial shade. One of the most important care procedures is the removal of faded inflorescences, to prevent the seeds from ripening, and thus the emergence of weeds infesting the area. Varieties of the Russell breed are in production (Lupinus polyphllus Russell hybrida) – show. 100-120 cm, length inflorescences 30-50 cm: Edetknaben – nourishes new red shades; Young lady – Sure, creamy white; Kasteilan – shades of blue with white; Kronlsuchter – shades of yellow; My lock – brick-red shades; Castle lady – shades of pink with white.

Among the perennials belonging to this genus, the most popular and decorative is the eastern poppy (Oriental papaver). It has thick stems, large leaves, pierzastodzielne, hairy, The flowers are very large, Single, develop on the tips of the stems. There are varieties with single flowers, usually brick-red with a black spot at the base of the petals and full flowers of various shades of red, as well as pink ones (less often white). Tall varieties, like for example. Koenigsschartach, grow up to 90-100 cm (bright color, scarlet with a black spot at the base of the petals), dwarf to 40-60 cm. They bloom in late May and early June. Seeds are sown in May-June for a cold inspection or on a seedbed. Plants are planted permanently together with a lump of soil in August-September, spaced 20X30 cm. They can also be sown in July – august, break straight to permanent places and dense emergence. Plants do not tolerate transplanting well. They grow well in any soil rich in lime and in full sun.

Siberian poppy (Poppy nudicaule) has similar requirements, cultivation method and application – for perennial beds, for a cut flower, for planting in groups and individually and for rock gardens. It has bare stems, rough, long, mundane leaves, pinnate or lobate, slightly hairy. Single or full flowers, medium size, seated singly at the top of the stem. It blooms from June to August. Plant height – 40-50 cm. The Giganteum variety has large flowers, Single, in diameter 10 cm, white and in shades: pink, orange and yellow; blooms for several years.