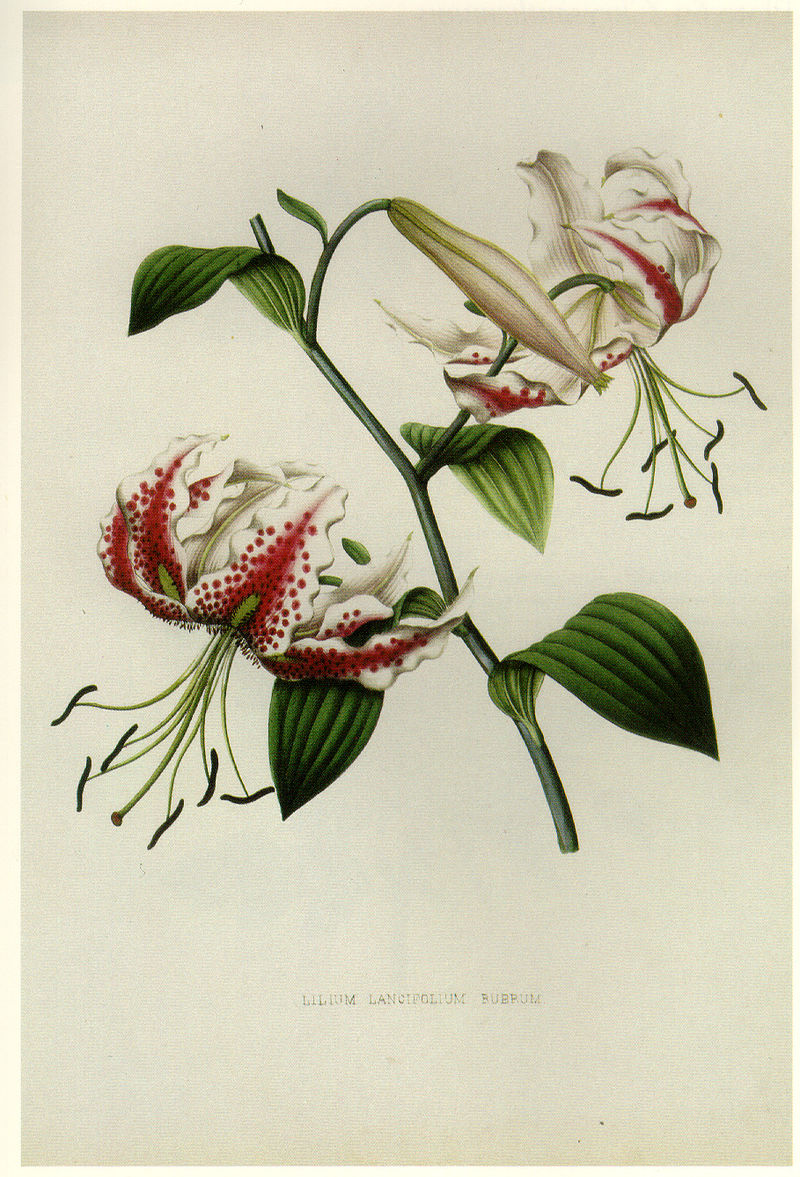 Lilia (Lilium) it is one of the most beautiful and valued plants in terms of shape, color and smell. The height of blooming lilies ranges from 25 do 200 cm. Flower colors – from white to yellow, Red, brown and pink to lilac. Lilies are blooming, depending on the genre, from May to August, and even September. The lily onion consists of tile-shaped scales. In the groin of the scales, small adventitious onions form at the base of the bulb. In some species, adventitious bulbs also form in the leaf axils, on flower stalks (u Lilium bulbiferum). The roots of the lilies under the onion can be annual or perennial and therefore should not be torn off during transplanting, nor dry off. They can also create underground runners. Lily stems end with one or more flowers. Some require staking. Lily leaves can be elliptical or lanceolate in shape, ovoid or heart-shaped. The flowers may be goblet-shaped, funnel-shaped or turban-shaped (with the petals tilted back).

Willing to receive seeds, we need to cross-pollinate. We sow the seeds in early autumn, and even in late summer.

Lilies are propagated by separating and cutting the scales, by incoming onions, or air bulbs, and also by sowing seeds. Plants are planted at a depth 15-20 cm, preferably in September and March, possibly in October and April (later blooming).

We have many species and varieties to choose from. The species that endure our winters are:

White lily (Lilium) – they grow up to height 100-150 cm. White flowers, arranged at the top of the shoot after 6-20 pieces, fragrant, mostly 5 lobes, length petals 5-8 cm. It blooms in June – July. It can freeze in snowless winters, so it is planted after the aboveground part has dried, in August, at the beginning of September, spaced 30X40 cm. It can grow in one place for several years.

Royal lily (Lilium) it has a broad ovoid, reddish brown onions with overlapping scales. Inflorescence shoots (heights 50-120 cm) they are not leafy along their entire length - several initial centimeters of the shoot are leafless. The leaves are very narrow, sitting, the closer to the top of the shoot, the smaller it is. Big flowers (about petals in length 15 cm), strongly fragrant, inside white, pink stripes on the outside, from 2 do 20 on the shoot, arranged at the top of the shoot after 2 or 4 facing each other. It blooms in July (after the white lily). It is propagated by incoming bulbs and by sowing. The seedlings bloom after 2-3 years of cultivation. Bulbs are planted by S.>and at a distance of 30X40 cm.

Goldhead lily (Lilium martagon) has yellowish onions, small, pointed-ovate. It grows up to the height 50-100 cm. The leaves are elongated, length 2-5 cm, in whorls. Flowers collected after 5-20 in top groups, set on horizontally protruding peduncles, petals hanging down, thick, rolled up, red with a dirty pink shade with darker spots. It blooms in late June and July. It reproduces from seeds or scales.

Tiger lily (Lilium tigrinum) has big, hard, spherical, medium-sized white onions. It grows up to 60-150 cm. The stems are reddish brown, hairy cobwebs. The leaves are arranged in a crosswise direction, dark green, steady. Flowers collected after 4-15 in dangling inflorescences, diameter 12-15 cm, with pointy ones, Orange-red petals with dark brown spots, strongly curled up. It blooms in July – august. Onions are present in the leaf axils, which are used to reproduce these lilies.