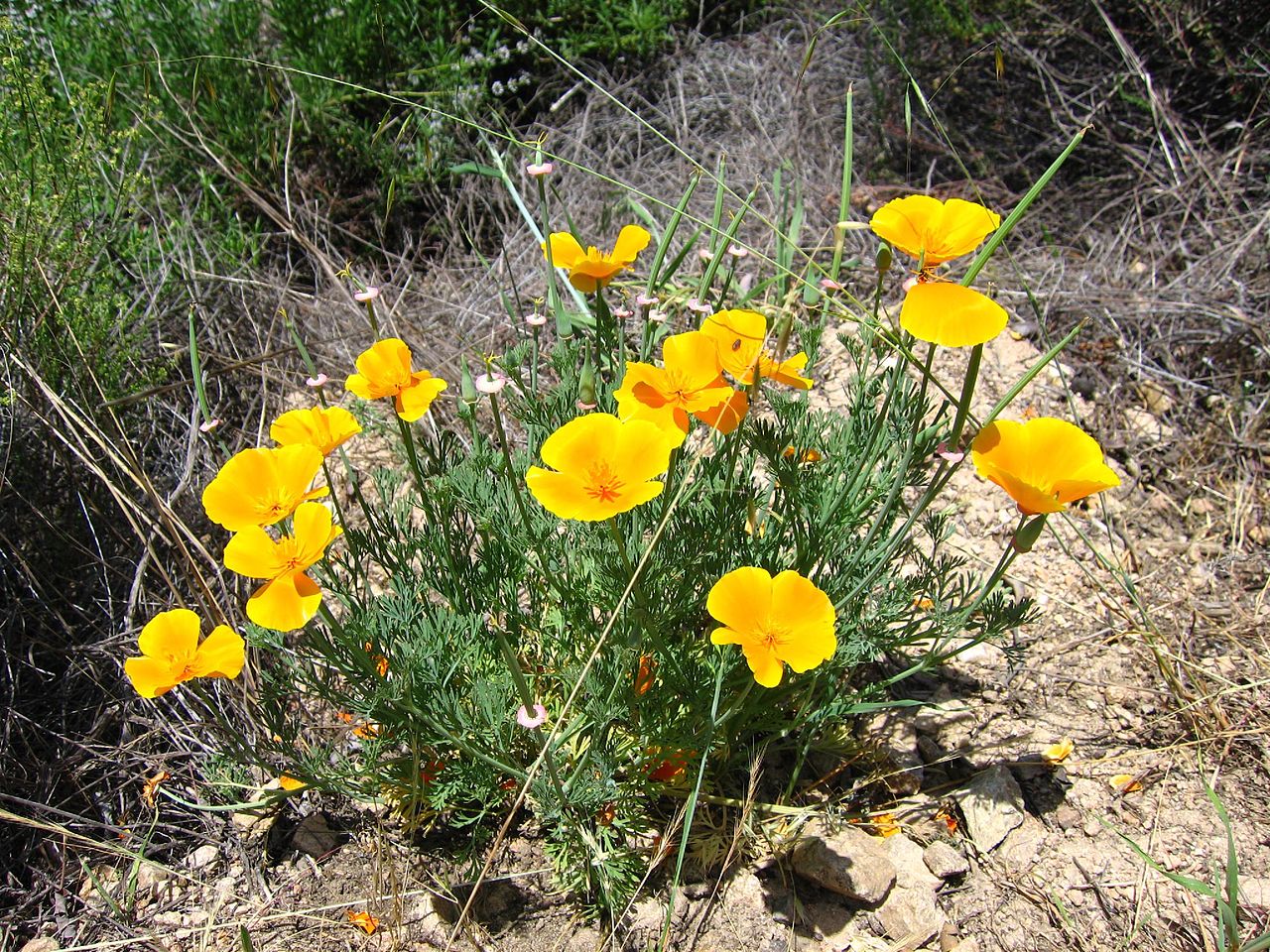 Californian esolation (Eschscholtzia californica), also called gilt or California poppy, reaches a height of 20 do 40 cm. Its leaves are pinnate, sinawoniebieskie, soft stems, often lying on the ground, flowers placed singly on long stalks, shaped like a poppy, in colors: yellow, orange and reddish. They only open on sunny days. There are varieties with semi-double and full flowers. The seeds are sown in April-May or September directly into the ground, because she hates going overboard. When using dense sowing, break plants after emergence, leaving them what 20-25 cm one from the other. Sown in spring - blooms through July and August, sown in the fall – it blooms already at the end of May. Requires light soils, dry, sandy. Likes a sunny position. The esolation is used for rebates and flower beds. It is also very decorative in vases as a cut flower, but like all flowers of the poppy family it withers quickly when cut. In order to keep them longer, the stems should be trimmed again before placing them in the vase, immerse in warm water for a few seconds or hold over a flame and quickly put into the water.

Runner beans (Phasolus multiflorus) is an excellent plant for covering fences, planting gazebos, verandas, walls, balconies. It is similar to regular beans, edible asparagus pole, but it has larger flowers, brick red, dark red, White-red, less often white. Its shoots grow to length 3-4 m, they wrap around the supports. Grows fast, requires fertile soil, rich in lime, sunny or light partial shade. It is sown in the second decade of May, because even small frosts can destroy it. It blooms in 6 weeks after sowing; blooms until September. It is sown in rows separated from the fence by approx 10 cm. The seeds are placed after 2-3 co 15 cm.