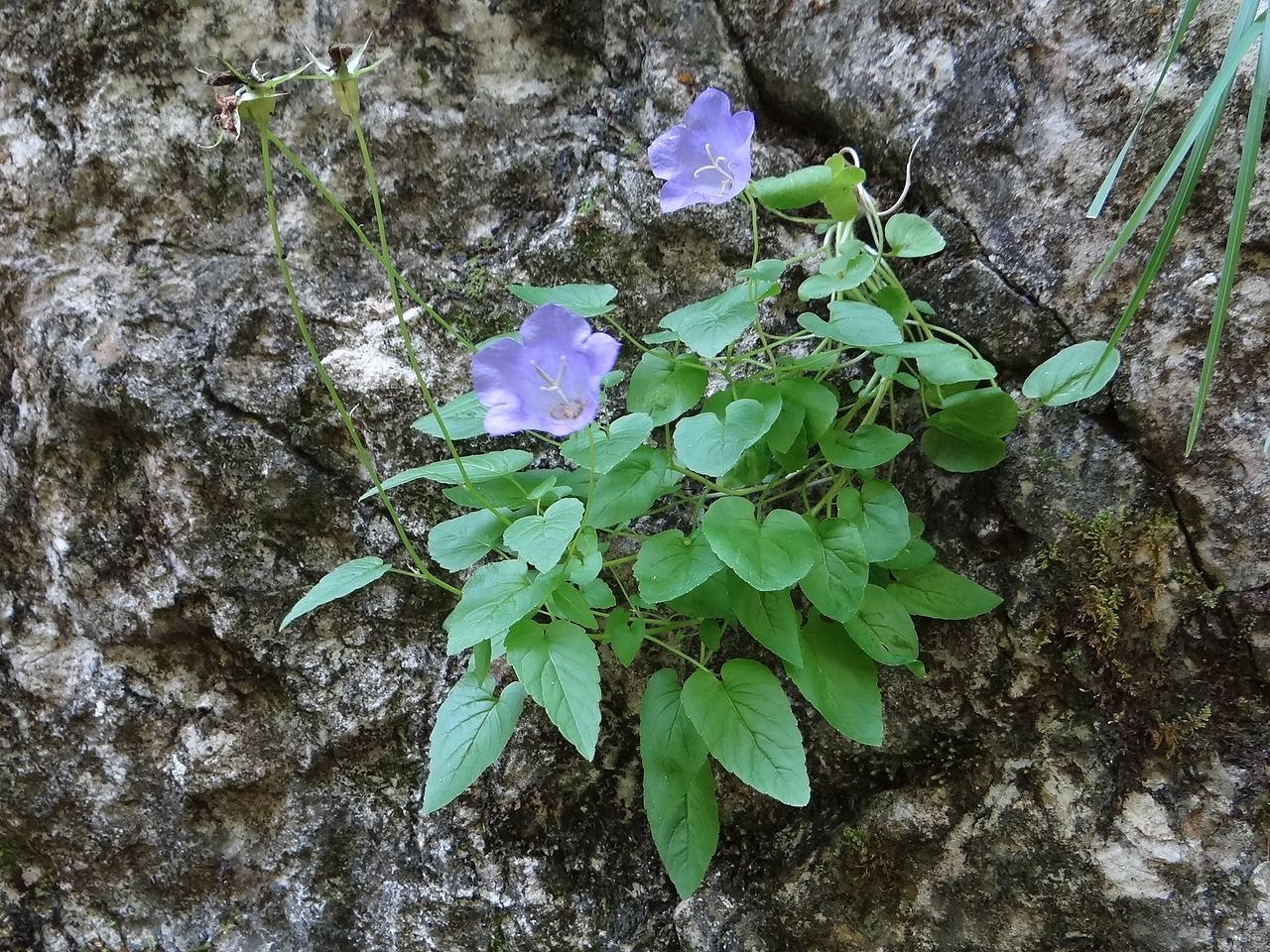 Perennials are perennial plants, whose roots winter, and they also bloom beautifully for many years. Only these perennials can be propagated from seeds, which faithfully repeat the varietal characteristics. The seeds of perennials are usually sown in summer, and sometimes in late fall, especially these, which are difficult to rise. Depending on the time of sowing, they are sown into the inspection or into the ground. Difficult to germinate seeds must be stratified.

These species can be grown from among the permanent bells in allotment and home gardens, which are used for rock gardens and flower beds and for growing in pots and bowls. They include mainly the Carpathian bell (Carpathian campanula). It is quite high (20-40 cm) and grows luxuriantly, creating compact "pillows."”. It has thin stems, mostly raised up, heart-shaped leaves, notched and serrated; flowers with five petals in the form of a bell, blue or white, placed on the tips of the stems singly or in groups. Blooms from June to September. Seeds are sown in May-June for a cold inspection or on a seedbed. They are planted permanently in mid-September, in spacing 20-30 cm. Requires lighter soil, well-drained and sunny position.

Horned violet (Cornflower violet) it is grown as a biennial plant, it looks a bit like garden pansy. It manages itself: discounts, fringes, rock gardens. It is also used as a cut flower. It grows up to the height 15-20 cm. It blooms from May to October. The stems are triangular, heart-shaped leaves with a notched blade, small flowers with a spur longer than the calyx. It is sown in May-July to a cold inspection or on a seedbed. It has permanent spots being blown up in September or early spring at intervals of every 20 cm. Requires humus soil. It can also grow in partial shade. Variations: Adrninistration – show. 20 cm, large flowers, dark purple blue; Gustaw Wermig – show. 20 cm, tiny flowers, lavender blue, on very long stalks; Koenig Heinrich -show. 15 cm, medium-large flowers, purple-violet with a lighter center and yellow, little eye.

Gaillardia oścista (Gaillardia aristata), also called knitwear, similar to the described garden gaillardia, it is grown as a bed and cut flower. It has stiff stems, branched at the bottom. Lanceolate leaves, whole bank, serrated or split. Flowers collected in baskets, marginal – single lingual, two- or tricolor; middle flowers – tubular. Blooms from June to September. We sow the seeds in May-June on the seedbed. Requires quilting. They are planted permanently in September, spaced 30X40 cm. Requires a sunny location, while it succeeds in any garden land, not too wet. There are large varieties in cultivation, single inflorescences, in diameter 8-10 cm: Bremen – show. 60-75 cm, dark flowers, coppery scarlet with a golden border; Burgundy – show. 60-75 cm, red flowers with a golden-yellow border; Tokayer – show. 75 cm, dark flowers, orange-red; Kobold – show. 35 cm, yellow flowers with a red border.

Gypsophila or gypsophila (Gypsophila) it is mainly used as a cut flower. It is also planted in perennial beds. Its stems are erect, luxuriantly branched, lanceolate leaves, diffuse inflorescences consisting of numerous, small, single or full flowers. It blooms from June to August. Height from 30 do 120 cm. The seeds are sown in March – May to a cold inspection or on a seedbed. Requires quilting. They are planted permanently in September, spaced 100X120 cm. It grows strongly – old copies reach 1 m in diameter. Requires a dry soil, limestone and sunny position.