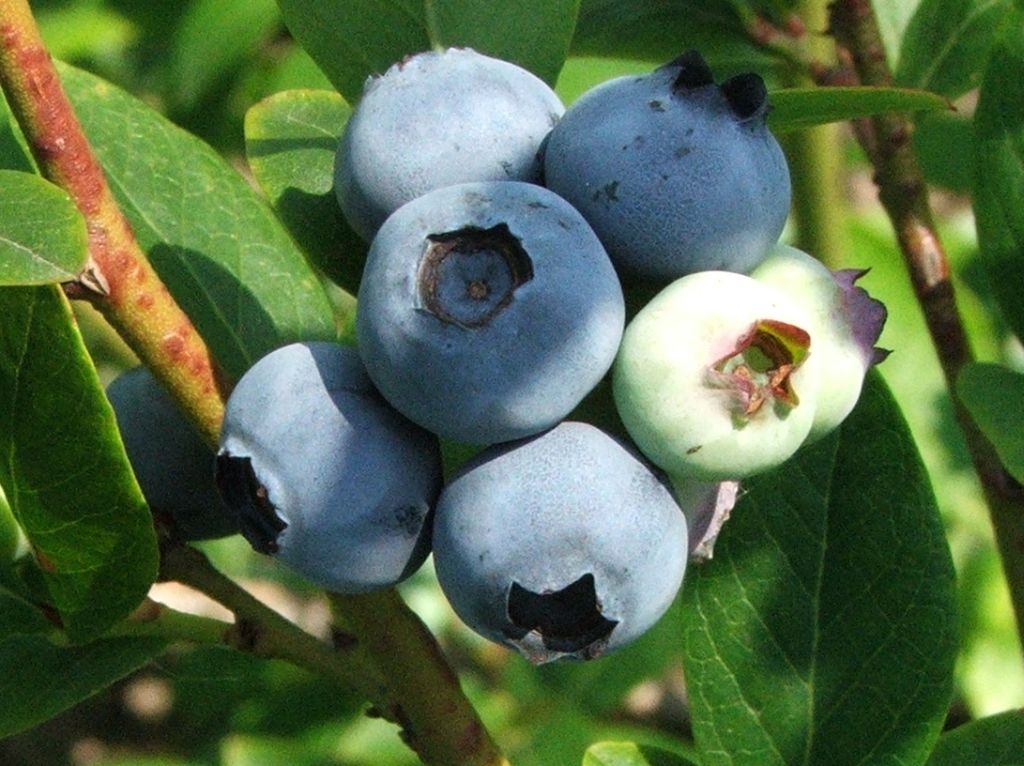 Highbush blueberry belongs botanically to the heather family - the Vaccinium genus. Botanists determined approximately 200 wild species in North America, Europe and Asia. They are found both in tropical regions, as well as far north – in the region of the Arctic Circle. They are commonly known in Poland 4 species: blueberry blueberry (black berries), lingonberry (red berries), blueberry and blueberry cranberry. The most common species in our country is the blueberry bilberry, which is an important export commodity. As we know, it grows wild in forests on humus and acidic soils. The shrubs grow up to 50 cm in height. In some years, these blueberries bear fruit poorly, because their flowers freeze during the flowering period.

In contrast, the flowers of highbush blueberry, which has a fruit similar to a blueberry blueberry only much larger, they are more resistant to frost. In the highbush blueberry, there is a large variation in the growth strength of the shrubs and the size of the berries. In terms of the height of the bush, they are divided into three groups: lowbush blueberries – do 50 cm in height, medium -from 50 do 100 cm and tall – above 100 cm. Prace nad dom udomowieniem” and selection of cultivars began in the years 1906-1910 in the United States of America, where the cultivars were brought to Poland. That is why some people call the blueberry variety grown here. Thanks to many years of research work, over 40 cultivated varieties. They are included in the Polish selection for allotment and home gardens 4 basic varieties and 1 perspective.

The cultivated highbush blueberry is a long-lived shrub – can grow 20 do 30 years. It reaches a height of 150 do 200 cm. The shrubs have an upright or wide habit. One-year-old shoots grow from the base of the bush or from the root neck and change color from green to light ash to brown red. These shoots determine the intensity of flowering and fruiting. The shape of the bush can be modified by appropriate cutting, which is one of the basic treatments in the cultivation of this blueberry. New shoots will emerge from the root collar or from the base of old shoots and skeletal roots. The following spring from the side buds, arranged on long shoots, length shoots grow 5-20 cm, on which flower buds form in mid-summer. They are embedded mainly in the upper part of the shoot and are called gables. Just before the leaves fall, late autumn, they can be easily distinguished from leaf buds. The flower bud is composed of 5-10 flowers, forming a cluster. Just like black currant, cutting blueberries mainly consists of x-rays, to give the bush a loose structure. The average number of main shoots in the bush should be 6-8. The oldest shoots are cut first, leaving at most in the bush 2-3 shoots three- or four years. The rest must be two-year and one-year-old shoots. Planted bushes for the first three years should hardly be cut, except for the cut made immediately after planting. A more intensive pruning is carried out after the fourth year.

The most suitable soil for highbush blueberry is well ventilated, permeable acid mycosis, preferably forest, heather, carious, but sufficiently humid during the growing season. It cannot tolerate heavy clay soils, calcareous and dry soils. Blueberry roots do not have hairs, and the entire root system consists of small ones, compact roots, which cannot grow compactly, heavy soil. With only such soil available, you have to mix it with sawdust or acid peat.