Because we have a relatively small space in our garden at our disposal, we cannot plant too many shrubs. Therefore, we have to make a choice, giving preference to profusely and beautifully flowering shrubs, and choose the smallest ones. From the large list of species, only a few will be discussed, more attractive. 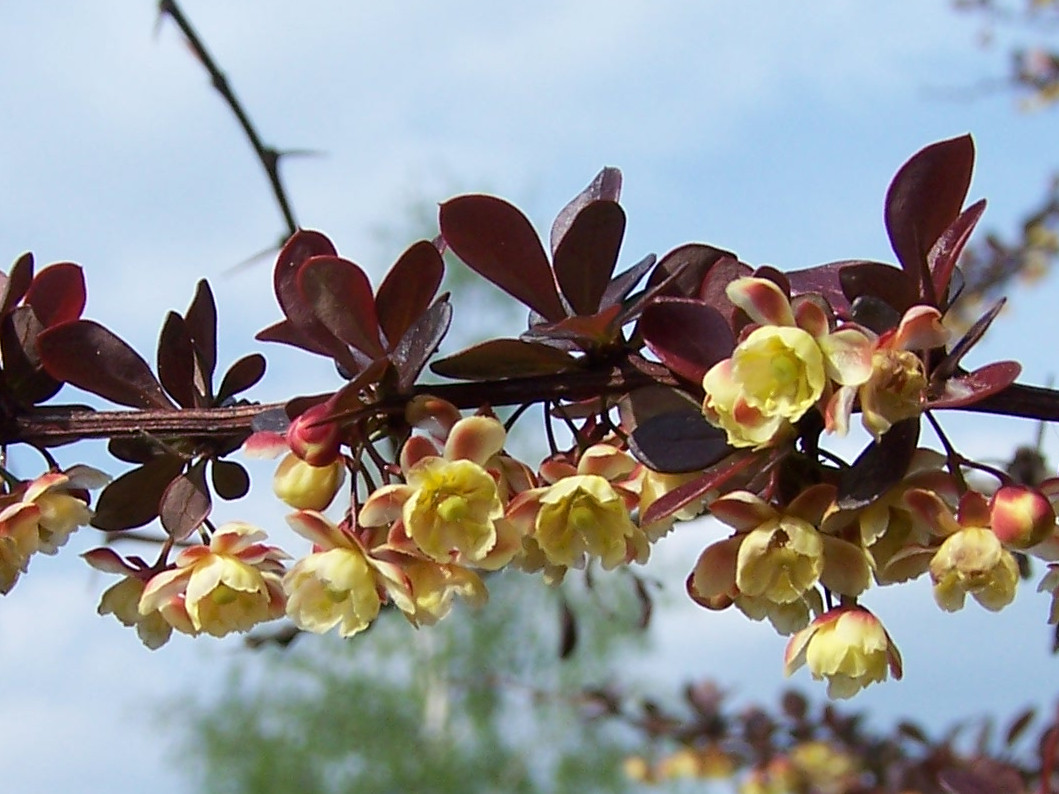 Berberys (Berberis), barberry, it is a shrub with thorny leaves–ząbkowanych, yellow flowers and red or blue-blue fruit. Its shoots are thorny, reaches height 1,5 m.

The most popular of its species is Thunberg's barberry, the most decorative variety of which is a shrub with dark red leaves (Berberis thunbergii atropurpurea). The flowers are also decorative (yellow, collected several in the leaf axils) and red, shiny fruit. It has low soil requirements. It grows well in a variety of soils, but not too dry. You can make low hedges from it.

Boxwood (Buxus) is a shrub with winter hardy leaves. They are small, length to 2 cm, elliptical, dark green and shiny, lighter on the underside. It is suitable for cut lines, small fringed hedges. It is also sometimes formed into various geometric or fanciful solids. It grows very slowly, tolerates shading. It feels better in fertile and moist soils, but it can grow on the weaker. It can freeze in harsh winters. Takes cutting very well. The species of boxwood is commonly cultivated (Buxus sempervirens), which has varieties with both narrow white-spotted and yellow-spotted leaves, and large ones, round.

Forsythia (Forsythia) is a well-known shrub that flowers yellow in advance of leaf development. In the spring, this shrub is all covered with golden-yellow flowers with a light structure. Stems with buds can be cut over the winter, but only after a wave of more severe frosts has passed, when put into the water, they bloom in a short time (cut in January, they bloom after 3-4 weeks, in February – po 2-3). It grows best in sandy loam soil in sunny places. Because it is quite a large shrub, it must be properly placed in the garden. It is propagated by woody cuttings. The most common species is the intermediate forsythia (Forsythia intermedia), which has low-growing and low-growing varieties.